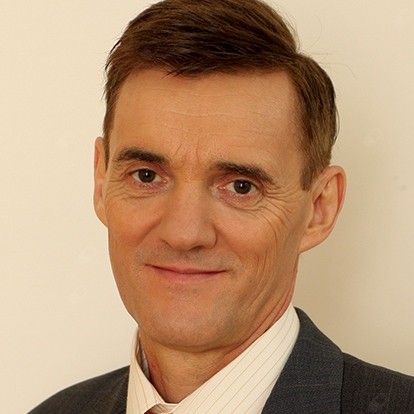 Specialist otorhinolaryngologist, Regional Delegate of the European Academy of Facial Surgeons, founder and owner of the Krajmed Medical Center.

Dr Marek Krajewski is a graduate of the Medical University of Warsaw, he specializes in ENT endoscopic surgery. He gained skills and professional experience, among others during his stay in South Africa, where, after obtaining a specialization in otorhinolaryngology, he was the Head of the Otorhinolaryngology Clinic of the Medical University of South Africa in Pretoria. Scholarship holder in otology and neurootology at the Michigan Ear Institute in Detroit (USA), Member of the American Society of Neurootology and other national and international medical societies. Since 2003, the Regional Delegate of the elite European Academy of Facial Surgery. The goal of the Academy is to combine functional and cosmetic treatment of the nose and face. During periodic joint meetings, current operating techniques and patient care standards in facial plastic surgery are discussed (www.eafps.org).

The turning point in the medical career of Dr. Marek Krajewski was the acquisition of practical skills in performing ENT procedures using endoscopic methods. In 1989, Dr Krajewski completed a basic course of endoscopic surgery under the guidance of prof. Stammberger and continued his education in this direction in 1990 on a course in advanced endoscopic surgery. Since 1990, Dr. Krajewski deals with virtually nose and throat disorders, during the diagnosis and treatment of which uses endoscopic equipment. The greatest professional success – the development of endoscopic technique of tonsil surgery, which completely (since 1998) eliminated the occurrence of primary postoperative bleeding.

Marek Krajewski - ZnanyLekarz.pl
go back to list make an appointment